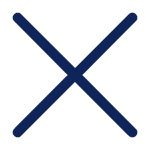 The centerpiece of the MEP is Moog’s Reconfigurable Integrated-weapons Platform (RIwP®) turret with multiple kinetic effectors including the XM914 30mm cannon and M240 7.62mm machine gun, along with Stinger and Longbow HELLFIRE missiles.  The MEP also includes an on-board Multi-Mission Hemispheric Radar (MHR) to provide persistent 360 degrees of aerial surveillance, identification friend or foe and other mission essential technologies.

“Leonardo DRS is excited to work with General Dynamics Land Systems and its Mission Equipment Package partners to deliver this important air defense capability to our warfighters,” said Aaron Hankins, Senior Vice President and General Manager for the Leonardo DRS Land Systems business. “The rapid prototyping effort set the conditions for a very successful production program and we are excited to get started on production deliveries.”

Leonardo DRS will begin delivering the MEPs to General Dynamics for final integration onto purpose-built Strykers next year.